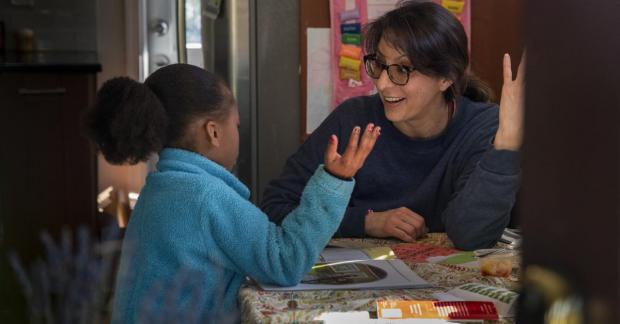 The number of homeschooled children has grown from an estimated 13,000 in 1973 to 5 million, according to a report by the National Home Education Research Institute

The homeschool population has grown an estimated 2% to 8% annually, but in 2019 homeschooling began to increase dramatically, the report said.

According to the U.S. Census Bureau, national homeschooling rates grew rapidly from 1999 to 2012 but remained steady at around 3.3% until 2019.

Nationally, the number of black homeschoolers doubled from 2007 to 2011 and some families of color chose homeschooling to "escape what they see as poor academic outcomes in schools," among other factors, the Foundation for Economic Education reported.

By 2019, U.S. Department of Education found that 41% of homeschool students were Black, Asian, Hispanic, or non-White/non-Hispanic. And since then, that number continues to grow.

'My husband's opinions are not my own':