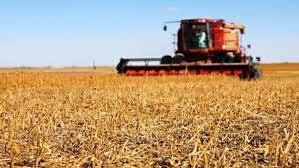 We covered this story months ago (HERE), but few people believed it. Now, we've got several more videos from several more farmers showing the USDA Destruction letters, and confirming that government is actually paying farmers to destroy crops in the ground.

Even worse, they are also telling businesses to . . . ready for this . . . DUMP any oil supplies/reserves onto roads or into the ground . . . . throw it away, under the excuse that they must do so to help stabilize oil prices. If they fail or refuse to throw away the oil they own, they risk tens of thousands of dollars in fines!

Below, several of these videos have been edited together to show as one clip for 6 minutes or so.

Take a look at what our tax money is being used to do: Create food shortages, and raise oil prices.

By controlling food, they will have absolute control over people. Complain? They cut off your food. Cut off your fuel. Vote against them, same thing.

Our own public servants, whose jobs exist to serve us, are using our money to cut off our food supplies!