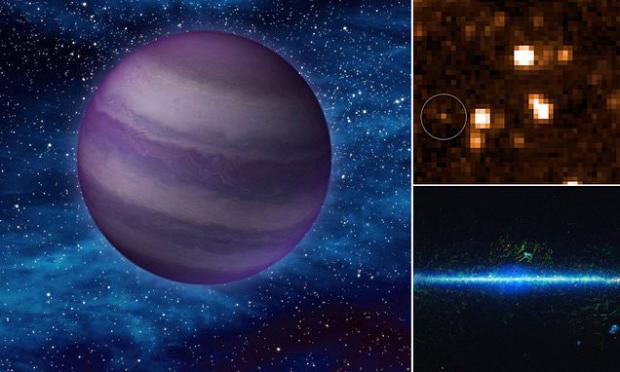 NASA has shared footage of an 'incredibly rare' brown dwarf that could be up to 13 billion years old, named 'The Accident' after being discovered by chance.

A brown dwarf is a mysterious object that sits somewhere between a gas giant planet and a small star, but without the size to fuse hydrogen like a star would.

There might be more of these unusual 'stars' lurking in our galaxy than previously thought, according to a study by astronomers at Caltech in Pasadena, California.

It is faint in some wavelengths of light, bright in others, and hurtling around the Milky Way at half a million miles per hour - faster than any other local brown dwarf.

The unusual light make-up and speed helped the team determine it is between 10 and 13 billion years old - double the average age of other known brown dwarfs and dating to when the Milky Way was very young and had a different chemical makeup.

This suggests they have been around in the Milky Way since the earliest days and meaning there could be more than first thought, with a hidden population of up to 100 billion brown dwarfs floating in interstellar space.

The brown dwarf was accidentally discovered via the Wide-field Infrared Survey Explorer (NEOWISE) by citizen scientist Dan Caselden, who was using an online program he built to find these objects in data gathered by the telescope.