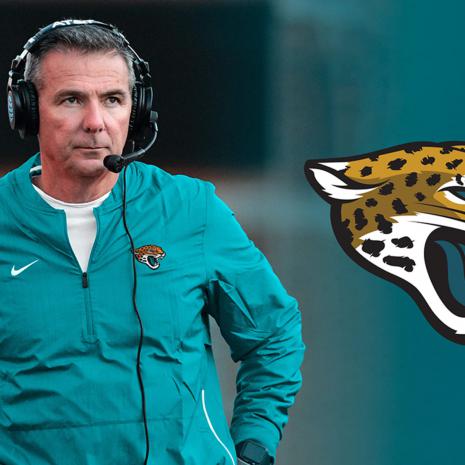 NFLPA spokesman George Atallah confirmed the union's action in an email to The Associated Press on Tuesday night.

Hours earlier, Meyer told reporters: 'Everyone was considered. That was part of the production, let's start talking about this and also, ''Is he vaccinated or not?'' Can I say that that was a decision-maker? It was certainly in consideration.'

The team has since released a statement, denying that any player was cut over their vaccination status.

'Availability is one of many factors taken into account when making roster decisions. We have vaccinated and unvaccinated players on our roster, and no player was released because of their vaccination status,' the statement began.

'Ultimately, decisions are based on a player's ability to help the Jaguars win. We educate our players and respect personal decisions as it pertains to the vaccine. We want to keep our players, staff and families safe as we comply with protocols related to both health and safety and competition on game days.'

The NFL hasn't mandated COVID-19 vaccines, but for unvaccinated players, the strict protocols of the 2020 season remain in place, including mask and distancing requirements, as well as daily testing.

What's more costly - particularly for players on the periphery of NFL rosters - is a mandatory five-day quarantine for unvaccinated players who come into close contact with anyone infected with COVID-19. So even if players test negative for COVID-19, they could miss crucial playing time if they're unvaccinated, due to contact tracing.

Covid Authoritarians Are The Cause Of America's Problems, Not The Unvaccinated