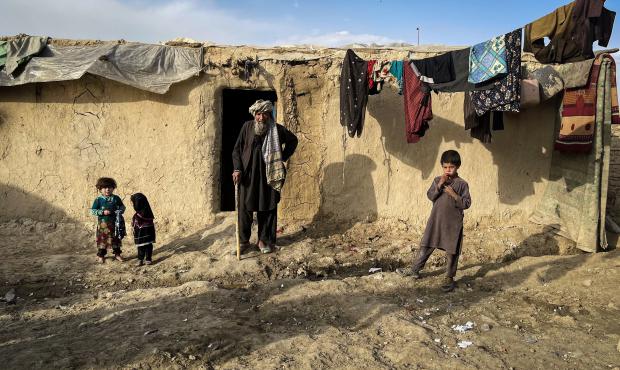 As Afghanistan begins a new era of Taliban rule, long queues outside banks and soaring prices in the bazaars of Kabul underline the multiple crises the Islamists must now deal with having recaptured the country at breakneck pace.

With cash reserves running low, aid organisations cutting off funding, and skilled workers fleeing by the thousands, the country's economy is teetering on the brink of near-total collapse.

That has seen the value of its currency collapse even though hard notes are in short supply, while prices for basic goods have soared due to shortages, with the UN warning that food could run dangerously low within weeks.

The threat of hyperinflation now looms large and its effects could be lethal in a country where a third of the population survives on less than $2 per day.

And, in the background, lurks the threat of a serious Covid outbreak which medics say could prove 'catastrophic' with hospitals already overloaded and just 2 per cent of the population vaccinated.

Meanwhile at Kabul airport, which is now near-deserted after weeks of frenetic activity, Qatari technical crews arrived in the hopes of getting flights moving once again after air traffic control crews fled.