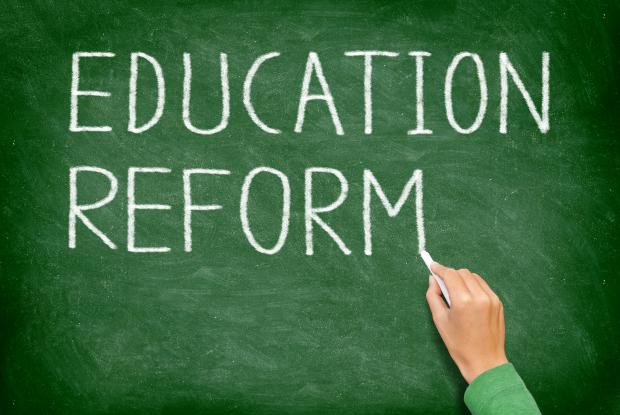 One is an editorial taking the California recall election candidates to task for not coming up with a reform plan that will finally — finally! — fix California's public schools. The other article is by a woman who disagrees with most everything conservative gubernatorial candidate Larry Elder stands for but is supporting him anyway because of his support for "school choice."

Why did I smile and shake my head? Because it just amazes me how there are still people in life who honestly believe that there is some reform out there just waiting to be discovered that will finally — finally! — fix public (i.e., government) schooling.

It ain't gonna happen. Ever! There is no reform that will ever fix this dysfunctional system. Anyone who thinks there is living in la la land. They are deluding themselves.

Keep in mind that public schooling is a system run by the government. That's what school boards are — government entities. The teachers and administrators are government employees. The textbooks and curricula are set by state government bureaucrats. The school buildings and school buses are owned by government. Participation is achieved through compulsory-attendance laws, which are enforced through the threat of incarceration of parents who dare to resist. Funding is through the coercive apparatus of taxation. Recalcitrant students are put on drugs until they get their minds "straight."

What better formula for a disaster than that? In fact, public schooling can easily be described as army-lite, given its extreme similarities to how the army is organized and run. Both systems are based on principles of regimentation, coercion, conformity, and obedience to orders. Both rely on memorization and regurgitation to establish standards for learning.

When does the government ever run a good program? With public schooling, the situation is aggravated by the fact that it is a socialist system, given that it is founded on the socialist principle of central planning. It is not a coincidence that such socialist countries as Cuba, North Korea, China, and Vietnam all have public (i.e., government) schooling systems, just as the United States does. When have you ever seen a socialist system work?