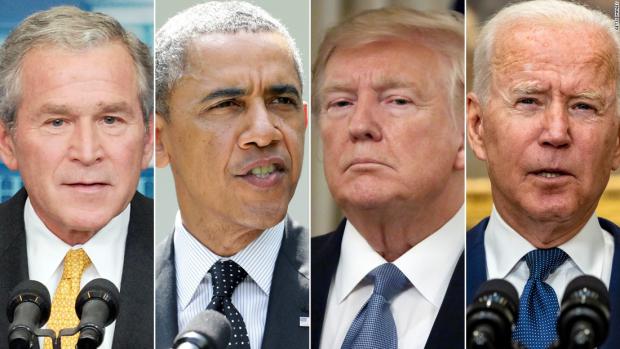 Carafano is "a leading expert in national security and foreign policy challenges" and is Heritage's "vice president for foreign and defense policy studies, E. W. Richardson fellow, and director of the Kathryn and Shelby Cullom Davis Institute for International Studies."

In an article that originally appeared at 1945, where Carafano is a contributing editor, this Heritage expert laments that Biden's "decision to withdraw abruptly from Afghanistan, without any discernible exit strategy, has plunged that nation into a bloody, ruinous chaos." He believes that "the only good thing that can come from this debacle is that our leaders might wake up and recognize that the Obama Doctrine of foreign policy is an abysmal failure and must be abandoned once and for all."

Carafano describes the Obama Doctrine as:

America will ratify more treaties and turn to international organizations more often to deal with global crises and security concerns like nuclear weapons, often before turning to our traditional friends and allies;

America will emphasize diplomacy and "soft power" instruments such as summits and foreign aid to promote its aims and downplay military might;

America will adopt a humbler attitude in state-to-state relations; and

America will play a more restrained role on the international stage.

He sums it up as America reaching out to other countries as "an equal partner" rather than as the "exceptional" nation that many presidents before Obama had embraced.

Carafano later remarks that the debacle in Afghanistan "is part of a pattern of Obama-Biden foreign policy" since "the current policies are being managed by much the same people." The default position of "Obama-Biden foreign policy default is accommodation and appeasement." It "disengages in dangerous situations," and hopes "everything doesn't go to hell in a handbasket."