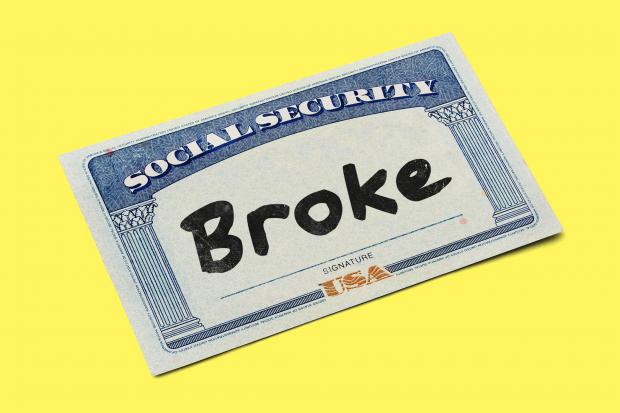 In its 276-page 2021 Annual Report, the Social Security Administrations projects a fiscal cliff starting in 2034.

Social Security Costs vs. Non-Interest Income
Under the Trustees' intermediate assumptions, Social Security's total cost is projected to be higher than its total income in 2021 and all later years. Social Security's cost has exceeded its non-interest income since 2010.

Under the Trustees' intermediate assumptions, OASDI cost is projected to exceed total income in 2021, and the dollar level of the hypothetical combined trust fund reserves declines until reserves become depleted in 2034.