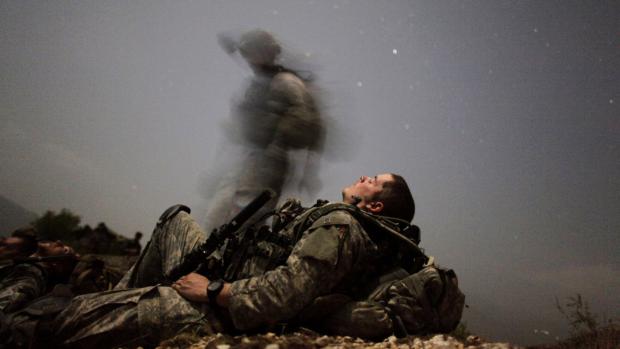 It was a war that took four lives and five limbs from soldiers I commanded. Two bled to death, one died at a base hospital, another – shot through the jaw – later overdosed, and one more lives as a triple amputee. The oldest was 28 – on his third tour – the youngest couldn't legally buy a beer when we deployed; not one earned more than $40,000 a year for his trouble. All bravely spun their wheels on a mission that couldn't be accomplished, in a war that shouldn't have continued.

The report's title told the tale and pronounced its purpose: "Ever Shifting Goal Posts: Lessons from 20 Years of Security Assistance in Afghanistan." Reading that, I nearly puked before even retrieving its pages from the printer. Maybe a better soldier wouldn't wonder what it was all for, why Americans were asked to hopelessly kill and die for two decades – and whether anyone would read its retrospective.

The report didn't just poke holes in a failed mission, but emphasized the importance of remembering and learning from failure in order to evade future fiascoes.

A few pages in – and more so now, in the wake of the Taliban takeover – I had this nightmare thought: what if ending America's longest war ends up an anomaly, and Afghan-like wars churn on – if more abstractly – from Africa's Sahel to its Horn, from Syria to Iraq? And those are only the high-end highlights. The madness meanders from Mali to Mozambique, and boomerangs back as militarized police (disproportionately veterans) make hyper-surveilled war zones of America's streets, whereby Baltimore becomes Baghdad, and Kansas City smacks of Kandahar – at least to an alum of both.