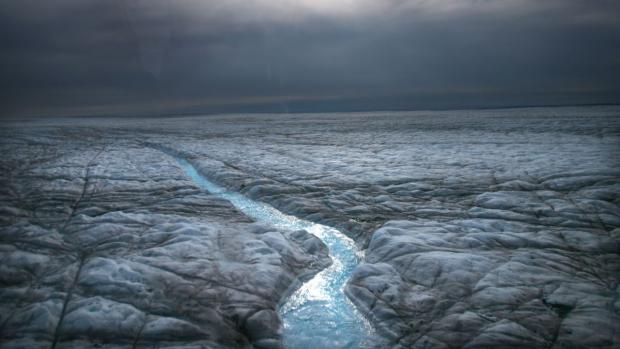 Greenland's ice sheet is the world's second-largest after Antarctica's. Greenland icemelt has caused around 25% of global sea level rise seen over the last few decades.

There was 7 billion tons of rain over 3 days and it increased the ice melt by seven times over the regular daily melt.

On August 14, 2021, rain was observed at the highest point on the Greenland Ice Sheet for several hours, and air temperatures remained above freezing for about nine hours. This was the third time in less than a decade, and the latest date in the year on record, that the National Science Foundation's Summit Station had above-freezing temperatures and wet snow. There is no previous report of rainfall at this location (72.58°N 38.46°W), which reaches 3,216 meters (10,551 feet) in elevation. Earlier melt events in the instrumental record occurred in 1995, 2012, and 2019; prior to those events, melting is inferred from ice cores to have been absent since an event in the late 1800s.

Greenland got its name from Erik The Red, an Icelandic murderer who was exiled to the island. He called it Greenland in hopes that the name would attract settlers. Greenland was actually green more than 2.5 million years ago. A study reveals that ancient dirt was cryogenically frozen for millions of years underneath about 2 miles of ice.