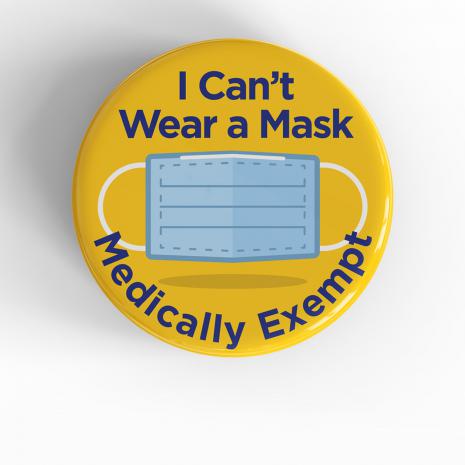 In a sign of how desperate school children (and their parents) are to avoid being forced to wear masks all day while in school, one Florida chiropractor is doing so much business signing medical exemption forms for students seeking to circumvent the mask requirement that it has attracted media attention.

Dr. Dan Busch of Twin Palms, Fla. insisted in an interview with a local ABC News affiliate that he was only signing exemption slips for qualified patients. Though what those "qualifications" are exactly isn't clear. Having a medical exemption form signed by a doctor is the only way students can opt out of wearing a mask under the current mandate in the Sarasota County School District.

"The people that I will sign exemptions for are the people that qualify for conditions within my scope of practice," Dr. Dan Busch, a chiropractor with Twin Palms, told WWSB.

"The parent and child come in, we evaluate what their conditions are, see if they have a valid legitimate condition that would warrant a mask exemption," Busch said. "If they do not, they have to go on their way."

Parents of some of the children also spoke with the TV reporters, and told them that they believe their children should have a choice whether to mask up or not.

"Parents have every right to look at their child and say, 'I don't want that mask on my child, I know what it does to him or her,'" said parent Chad Dion.