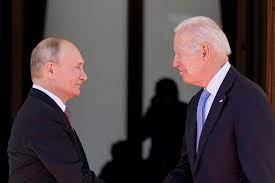 So said President Franklin D. Roosevelt of Nicaraguan dictator Anastasio Somoza, and how very American. For, from its first days, America has colluded with autocrats when the national interest demanded it.

George Washington danced a jig in 1778 when he learned that our diplomats had effected an alliance with France's King Louis XVI. The alliance, he knew, would be indispensable to an American victory.

In April 1917, the U.S. went to war "to make the world safe for democracy" in collusion with four of the world greatest empires: the British, French, Russian and Japanese. All four annexed new colonial lands and peoples from the victory for democracy we were decisive in winning.

In World War II, we gave massive military aid to Joseph Stalin's USSR, which used it to crush, conquer and communize half of Europe.

Antonio Salazar, dictator of Portugal, was a founding member of NATO. During the Cold War, we allied with autocrats Syngman Rhee of South Korea, Ferdinand Marcos of the Philippines, the shah of Iran and Gen. Augusto Pinochet of Chile. The second largest army in NATO is under the autocratic rule of Turkish President Recep Erdogan.

COVID Authoritarians Are Wrecking America, Not The Unvaccinated