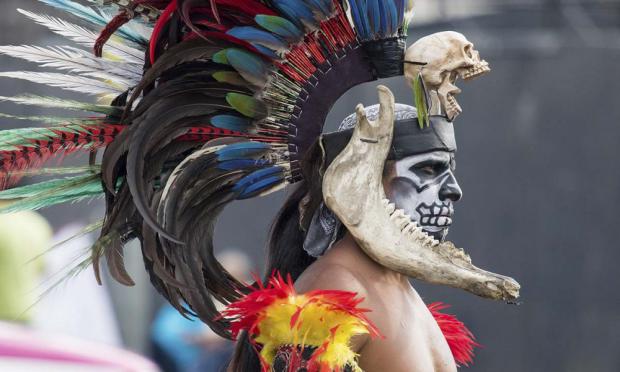 Parents and a civil rights group are suing California over its imposition earlier this year of a novel public school curriculum that reportedly has students praying to Aztec gods.

"The curriculum's unequivocal promotion of five Aztec gods or deities through repetitive chanting and affirmation of their symbolic principles constitutes an unlawful government preference toward a particular religious practice," Frank Xu, president of Californians for Equal Rights Foundation, said in a statement.

"The Aztecs regularly performed gruesome and horrific acts for the sole purpose of pacifying and appeasing the very beings that the prayers from the curriculum invoke," said Paul Jonna, a partner at LiMandri & Jonna LLP and Thomas More Society Special Counsel.

"The human sacrifice, cutting out of human hearts, flaying of victims and wearing their skin, are a matter of historical record, along with sacrifices of war prisoners, and other repulsive acts and ceremonies the Aztecs conducted to honor their deities," Jonna said in a statement. "

"Any form of prayer and glorification of these bloodthirsty beings in whose name horrible atrocities were performed is repulsive to any reasonably informed observer."

The case, Californians for Equal Rights Foundation v. State of California, was filed Sept. 3 in the Superior Court of California, County of San Diego, by attorneys from the Thomas More Society, a national public interest law firm.

Californians for Equal Rights Foundation is a nonprofit civil rights organization headquartered in San Diego. It was founded after the defeat of Proposition 16 in 2020, which if passed, according to Ballotpedia, would have repealed Proposition 209 from 1996. Prop 209 provided that government and public institutions may not discriminate against or grant preferential treatment to persons on the basis of race, sex, color, ethnicity, or national origin in public employment, public education, and public contracting.

Here's Why The Logjam at California Ports