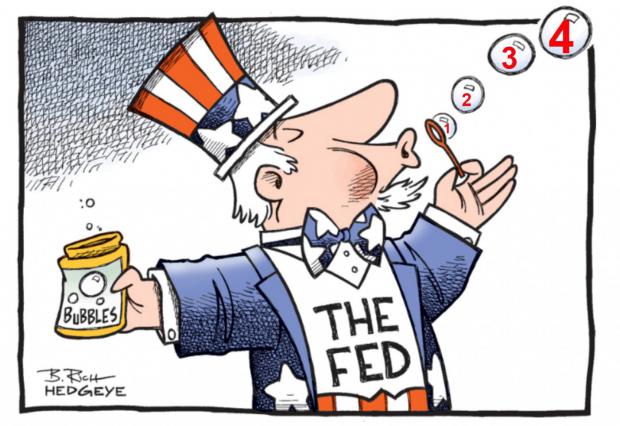 I think it's still very sick and having nothing to do with COVID. I think all that happened is the government printed a bunch of money, or the Fed printed the money, and the government mailed out the checks, and everybody went on a spending binge."

All of that consumer spending pumped up GDP numbers. But as Peter pointed out, it's also the reason we've seen huge price increases.

It's the inflation that the Federal Reserve has created."

Peter also noted that we're still seeing a lot of unemployment claims. They're just not as high as they were last year.

And a lot of people just don't want to work anymore. The government has made people a better deal. A lot of people find it's more lucrative to take a vacation than to show up for work."

Despite talk of tapering quantitative easing, the Fed hasn't given a timeline or any concrete details of what it might look like. As Peter noted after Jerome Powell's Jackson Hole speech, if the plan was to taper, Powell had every opportunity to clarify that intention. At this point, the Fed is just making excuses.