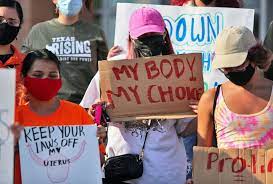 It argued, in effect, that when the government fails to protect fundamental liberties or actively assaults them — as it has done in the past 18 months under the guise of public health — the states and individuals can peacefully ignore the government and, if necessary, leave it.

The concept of states leaving the federal government has been dead and buried since the outcome of the War Between the States. Yet four years after the war, the Supreme Court recognized secession in an old Texas case and held that three-quarters of the states would need to consent for any one of them to leave.

Nullification posits that any state individually — through its legislature or highest court — can determine that an action of the federal government is unconstitutional under the U.S. Constitution and therefore it is nullified and may legally be ignored in that state.

Both ideas were embraced by many who ratified the Constitution and the Bill of Rights, and they were defended forcefully by Thomas Jefferson and James Madison.

Last week, the Supreme Court revived the concept of nullification.

Since January 1973, when the Supreme Court issued its opinion in Roe v. Wade, abortion has been lawful everywhere in the United States up to the time of fetal viability, after about 24 weeks of gestation. This principle has been challenged many times in many courts, and it has always been upheld.