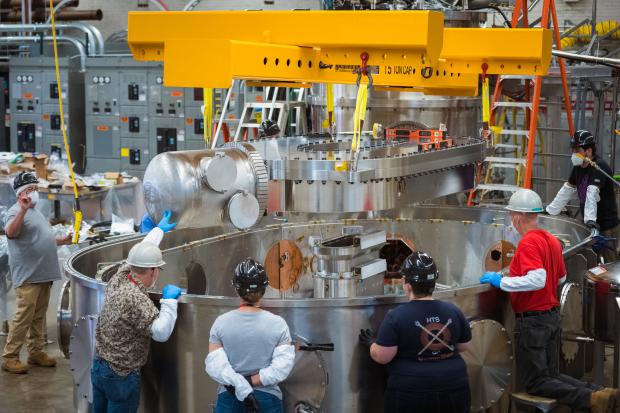 Nuclear fusion is a step closer to reality after scientists tested a magnet 12 times as powerful as those used for MRIs, with the hope of working reactors by the 2030s.

Unlike current nuclear fission technology, fusion replicates the process at the heart of stars, and produces clean, renewable power without the toxic waste.

It is the world's strongest high temperature superconducting magnet and was tested at the MIT Plasma Science and Fusion Center in Cambridge, Massachusetts.

'This is not hype, this is reality,' Andrew Holland, Chief Executive Officer of the Fusion Industry Association, told CNBC.

The test is significant because it produced a strong magnetic field required for the fusion process, while consuming just 30 watts of power.

When the MIT team use these magnets to build the first fusion machine, known as a tokamak, it is expected to generate more power than it uses to start and run.

This Winter, We Could Potentially Be Facing Simultaneous Shortages Of Oil...