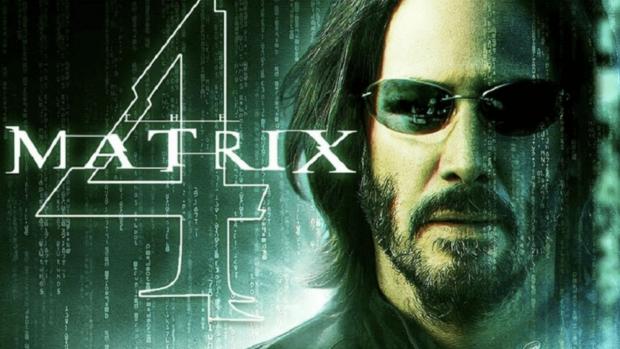 The Matrix Resurrections released its much-anticipated first trailer on Thursday, offering fans a tantalising glimpse at the sci-fi sequel after years of being shrouded in secrecy.

The preview showed Keanu Reeves' long-awaited return to the alternate reality of years of dire existence as the heroic Neo to battle a sinister new evil.

The film, which comes 18 years after the release of the last Matrix film, also sees the return of Carrie-Anne Moss as the heroine Trinity, along with a slew of newcomers including Yahya Abdul-Mateen II, Priyanka ChoprA and Jonathan Groff.

However one noticeable absence is Laurence Fishburne's character Morpheus, who brought Neo into the real world, and appeared in all three previous films.

The preview begins with a downbeaten Thomas in the midst of a therapy session, with his psychologist (Neil Patrick Harris) questioning some of the hacker's unusual dreams, while viewers see flashbacks to the famous Matrix that Neo faced in the original trilogy.

While Thomas is reassured that he's not 'crazy,' it's clear his mind has struggled to escape the Matrix, as he's seen taking a myriad of blue pills, which keep him in a state of contented ignorance.

And despite battling the agents side-by-side, it appears that 'Neo' is unable to remember his former flame Trinity (Carrie-Anne Moss), as the pair are seen meeting in an office, completely unaware of their crime-fighting history.

Thomas can be seen meeting with Trinity in the real world, with the pair hinting at whether they've met before, unaware of their romantic history battling agents in The Matrix.