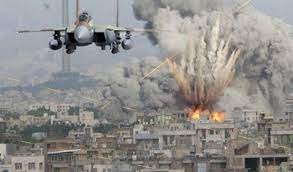 The new analysis, released ahead of the 20th anniversary of the 9/11 terrorist attacks and the retaliatory launch of the so-called "War on Terror," came just days after a U.S. drone strike killed at least 10 members of a single family in Kabul amid the withdrawal of troops from Afghanistan.

Most media accounts point out that more than 7,000 U.S. service members have died in post-9/11 wars, but only some go on to state the massive civilian death toll, and "almost exclusively in generalities," researchers lamented.

While Brown University's Costs of War project estimates that over 387,000 civilians have been killed as a result of the War on Terror, Airwars sought to answer a specific question: How many civilians have likely been killed by U.S. airstrikes in the last 20 years?