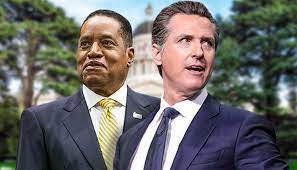 So why and how would anyone deliberately destroy that heritage?

Why allow California to have the highest aggregate basket of income, sales, property, and capital gains taxes in the nation, the highest gas and power prices in the continental United States, and nearly the worst schools and infrastructure, the largest populations of homeless, welfare recipients, illegal aliens, and, soon, criminals?