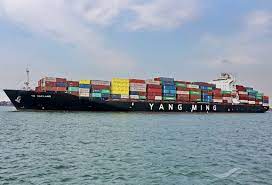 You can buy a brand-new Ferrari starting at $250,000. To rent a 12-year-old container ship for a mere three months, it could cost you a lot more than that: as much as 68 new Ferraris. Euroseas confirmed this week that it chartered its 2009-built, 4,250-twenty-foot equivalent unit container ship Synergy Oakland for 60-85 days at a gross rate of $195,000-$202,000 per day starting in the second half of October.

"We have never seen a classic Panamax getting so much, although it is only a short-term commitment," he said. (A classic Panamax is a container ship with capacity of 4,000-5,000 TEUs.)

The Synergy Oakland rate is at the all-time high in the short-term market, matching the rate on a six-month charter of a larger 8,500-TEU ship in July. A report in late July of a $300,000-per-day charter turned out to be a special transaction with complex terms and is not comparable.