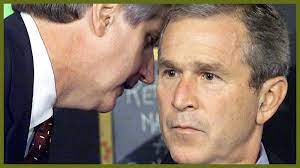 The killing of 224 people, mostly Russian tourists on holiday, was matter-of-factly treated as an act of war by a fanatical group without an air force resorting to terrorism as a way to strike back.

Yet, Western militaries have killed infinitely more innocent civilians in the Middle East than Russia has. Then why won't Western officials and media cite retaliation for that Western violence as a cause of terrorist attacks on New York, Paris and Brussels?

Instead, there's a fierce determination not to make the same kinds of linkages that the press made so easily when it was Russia on the receiving end of terror. [See Consortium News's Obama Ignores Russian Terror Victims.]

For example, throughout four hours of Sky News' coverage of the July 7, 2005 attacks in London, only the briefest mention was made about a possible motive for that horrific assault on three Underground trains and a bus, killing 52 people. But the attacks came just two years after Britain's participation in the murderous invasion of Iraq.