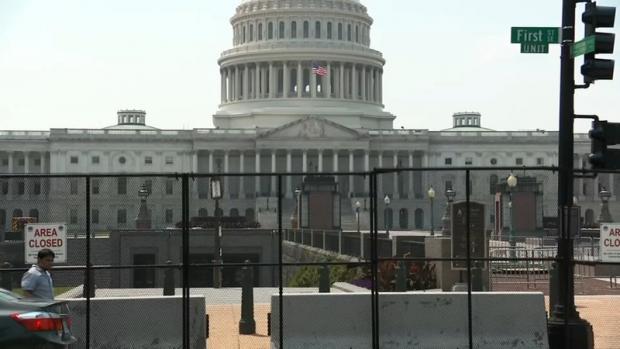 Matt Braynard, a former Trump campaign operative, is organizing the rally to call for the release of people who are not accused of carrying out violence on Jan. 6 during the Capitol breach but nonetheless remain in jail.

After briefing members of Congress Monday, Capitol Police Chief Tom Manger confirmed the fencing will be put back up ahead of the rally.

"The fence will go up a day or two before and if everything goes well, it will come down very soon after," he said.

Organizers expect hundreds of people to attend the "Justice for J6" event. It could be the largest gathering at the Capitol since Jan. 6.

Manger told The Epoch Times in a recent email that his agency is "closely monitoring" the planned event but that he's confident, given the changes in intelligence gathering and sharing made after Jan. 6, that "the work we are doing now will make sure our officers have what they need to keep everyone safe."

A spokeswoman for the Metropolitan Police Department said via email the agency would be "fully prepared" for upcoming events.

'We've been fueling this fire for a long time':

ANALYSIS: Food rationing to be announced in America, followed by FOOD RIOTS and social...

An American Manifesto: Don't Let Everything For Which This Republic Stands Be Destroyed