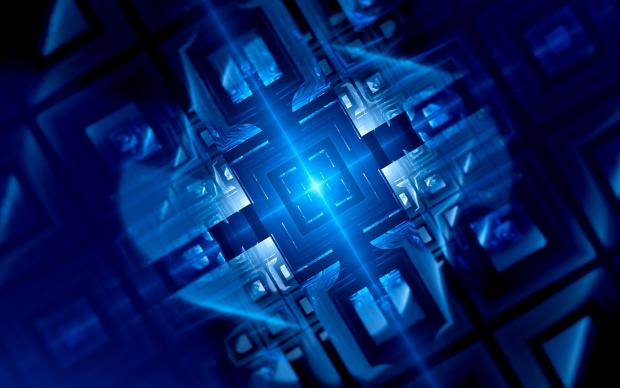 Now, physicists in Japan have successfully entangled groups of three silicon quantum dots for the first time, in a breakthrough that could help make quantum computers more practical.

Quantum computers tap into the weird world of quantum physics to drastically boost the processing power and speed of computers. Information is encoded in quantum bits (qubits) in a similar way to the bits in traditional computers, except that qubits can be manipulated in a few unexpected ways.

One of these is quantum entanglement, which describes the phenomenon where groups of particles can become so intertwined that if you check the properties of one, you can not only infer that property of its partner (or partners) but actually influence it, no matter how far apart they may be. Einstein himself was baffled by the idea, referring to it as "spooky action at a distance" and originally took it as evidence that models of quantum mechanics were incomplete.

In the context of quantum computers, entangling qubits allows data to be transferred through them and processed much faster, and improves error correction. Most of the time qubits are entangled in pairs, but now researchers at RIKEN in Japan have successfully entangled three silicon qubits together.

In this case, the qubits are made of small circles of silicon called quantum dots. They're one of the leading candidates for qubits in quantum computers, not just because silicon is already in wide use in electronics but because these quantum dots are stable for long periods of time, can be controlled precisely, operate at higher temperatures and could be scaled relatively easily. Entangling three silicon qubits is an important step towards all of these benefits, but has so far remained out of reach, although past studies have managed to entangle three photons together.