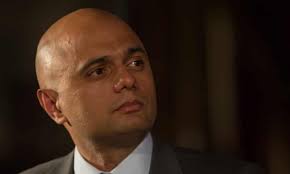 Health secretary Sajid Javid announced yesterday that the much-debated plan to introduce vaccine passports for nightclubs and other venues at the end of September was not going ahead.

Appearing on the Andrew Marr Show, Javid insisted that while the government 'was right to look at it' and the plan would be kept 'in reserve' he was pleased to say the passports would not be implemented as previously announced, adding that it was 'a huge intrusion into people's lives' and 'most people instinctively don't like the idea'.

Javid is widely known as a fan of Ayn Rand's brand of radical individualism, reportedly once telling Parliament's Crossbench Film Society that he wooed his future wife by reading her passages from The Fountainhead. So perhaps we shouldn't be surprised to find him resistant to implementing as national policy a requirement to show medical paperwork in order to do something as everyday as going clubbing.

This is all the more so when growing evidence indicates that vaccination doesn't in fact put a stop to infection, or even transmission of the virus — it mainly reduces the severity of symptoms. If the aim is not eliminating Covid but simply ensuring healthcare systems aren't overloaded, then provided vaccine uptake is good (as is the case in England, where 89% of over-16s have now had at least one dose) there's no need to constrain anyone's movement