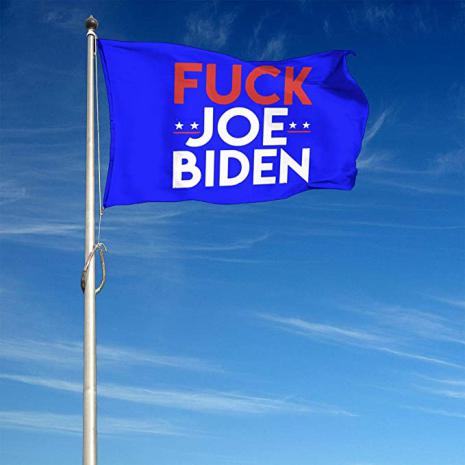 A profane chant mocking Joe Biden broke out at college football games for the second straight week in stadiums across Southern states as the president's approval ratings dip following the chaotic evacuation from Afghanistan and his controversial vaccine mandate for federal workers.

Twitter users pointed out that the protest chant - with the simple lyrics 'f*** Joe Biden' sung between claps - are mostly from colleges in states that Donald Trump won in the 2020 election.

Donald Trump Jr. attributed the derogatory protest on everything from Biden's chaotic Afghanistan withdrawal to the new vaccine rules and rising inflation as the economy recovers from COVID-19 shutdowns.

'Honestly, it's gotten so bad that the media can't run cover for him anymore,' Trump Jr. told David Hookstead of the Daily Caller on Saturday.

'When you look at Afghanistan, and I can go through 50 points on it, but $65 to $80 billion of equipment left to our enemies, giving them a kill list of American citizens, giving them the biometric scanners to still do that, pulling out the military before you pulled out civilians, telling them you're giving up all of your leverage to a terrorist group, the Taliban, and then going back to negotiating after you've given them everything they could possibly want.'