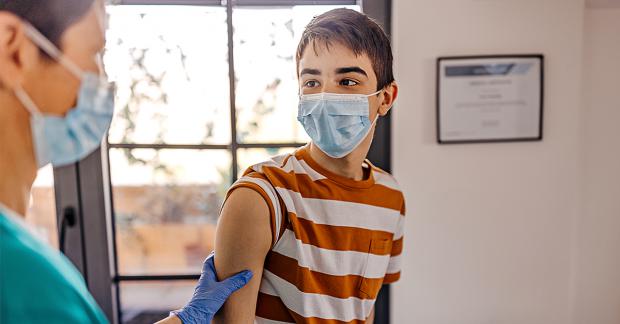 "A higher-than-usual number of cases of a type of heart inflammation has been reported following Covid-19 vaccination, especially among young men following their second dose of an mRNA vaccine, the Centers for Disease Control and Prevention said Thursday."

The heart condition CDC was talking about is called myocarditis, which for the most part is usually mild, but according to the CDC, a handful of patients still remain hospitalized. During a presentation to a Food and Drug Administration advisory group, Dr. Tom Shimabukuro, deputy director of the CDC's Immunization Safety Office, said that overall, 226 cases of myocarditis or pericarditis after vaccination in people younger than age 30 have been confirmed. He said that further investigation is needed. However, Dr. Shimabukuro also added that "We clearly have an imbalance there."

Fast forward three months later. A major study from the University of California further confirms the CDC's story that linked the vaccines to heart issues in teenagers.

Led by Dr. Tracy Høeg at the University of California, the study found that teenage boys are six times more likely to suffer from heart problems from the vaccine than to be hospitalized from Covid-19. The study also claimes that healthy boys may be more likely to be admitted to the hospital with a rare side-effect of the Pfizer/BioNTech Covid vaccine that causes inflammation of the heart.