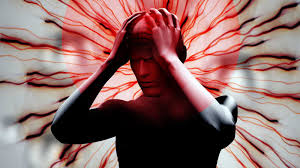 Some call it an act of war, others wonder if it is some new and secret form of surveillance - and some people believe it could even be all in the mind. So who or what is responsible?

It often started with a sound, one that people struggled to describe. "Buzzing", "grinding metal", "piercing squeals", was the best they could manage.??

One woman described a low hum and intense pressure in her skull; another felt a pulse of pain. Those who did not hear a sound, felt heat or pressure. But for those who heard the sound, covering their ears made no difference. Some of the people who experienced the syndrome were left with dizziness and fatigue for months.?

Havana syndrome first emerged?in Cuba?in 2016. The first cases were CIA officers, which meant they were kept secret. But, eventually, word got out and anxiety spread. Twenty-six personnel and family members would report a wide variety of symptoms. There were whispers that some colleagues thought sufferers were crazy and it was "all in the mind".?

Five years on, reports now number in the hundreds and, the BBC has been told, span every continent, leaving a real impact on the US's ability to operate overseas.?