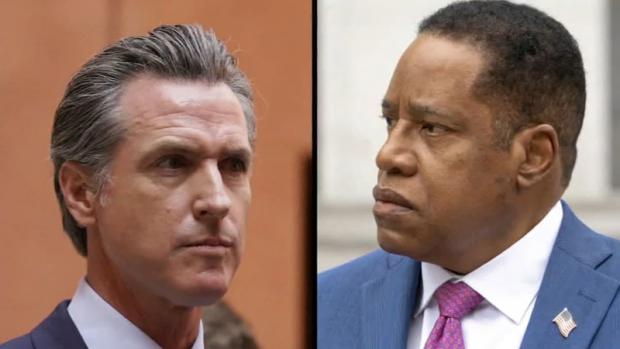 Republican Larry Elder appears to be ready for defeat in Tuesday's gubernatorial recall election in California and is prepping for the next step - fighting the results with a website the declares Governor Gavin Newsom already has been 'reinstated.'

Elder's campaign launched a 'Stop California Fraud' website that asks his supporters to report incidents of voter fraud and sign a petition to investigate the election results.

His move comes before a single ballot is reported and is seen as laying the groundwork to argue that Democrats stole the election, a line used by Donald Trump in the wake of Joe Biden's victory in 2020.

FiveThirtyEight.com's compilation of polls showed on Monday that 57.5 per cent of California voters wanted Newsom to stay in office, while 40.8 per cent planned to vote for his removal.

There are two questions on the ballot: Whether to keep Newsom as governor and, if not, to choose a Newsom replacement, which is where Elder leads among 46 candidates. That includes Caitlyn Jenner, who is polling in single digits but not ruling out another run for public office.