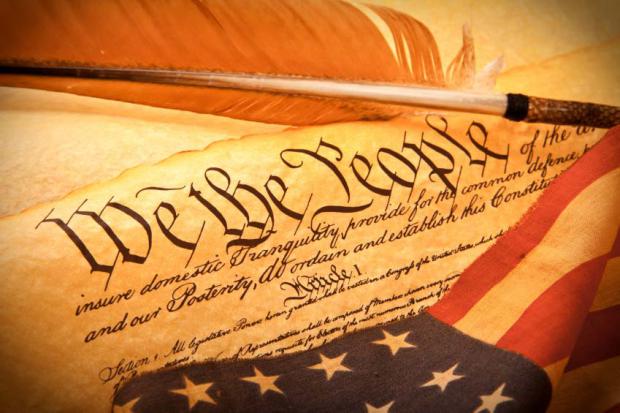 The Constitution of the United States represents the classic solution to one of humankind's greatest political problems: that is, how does a small group of states combine into a strong union without the states losing their individual powers and surrendering their control over local affairs?

The fifty-five delegates who convened in Philadelphia during the sweltering summer of 1787 answered this question with a document that called for a federal plan of government, a system of separation of powers with checks and balances, and a procedure for orderly change to meet the needs and exigencies of future generations.

In an ultimate sense, the Constitution confirmed the proposition that original power resided in the people—not, however, in the people as a whole but in their capacity as people of the several states.  To bring forth the requisite union, the people through the states would transfer some of their powers to the new federal government.  All powers not reserved by the people in explicit state constitutional limitations remained in the state governments.

Although the Constitution was adopted on September 17, 1787, the fear of the new federal government was so strong that a "bill of rights" was demanded and became an eventuality.

Intended to protect the citizenry's fundamental rights or "first liberties" against usurpation by the newly created federal government, the Bill of Rights—the first ten amendments of the Constitution—is essentially a list of immunities from interference by the federal government.

Unfortunately, although the Bill of Rights was adopted as a means of protecting the people against government tyranny, in America today, the government does whatever it wants, freedom be damned.