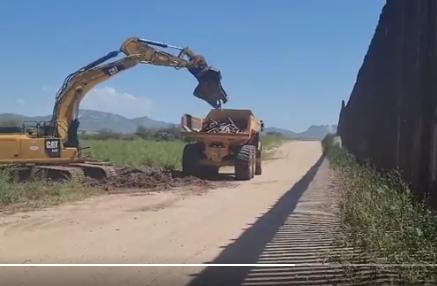 Biden isn't just undoing Trump's policies, he is literally dismantling what he built.

President Trump worked tirelessly to fulfill his promise that he would strengthen our country's borders, and he delivered. He invested fifteen billion dollars to construct the US-Mexico border wall, and the best part of it all – it was built to last well after he left office.

Sure, there's sections that are unfinished.. and an inanimate object does not replace proper policy, but the results were clear: A simple wall, combined with Border Patrol doing their job, paid off with the most secure southern border Americans had ever seen.

In other words, enforce the laws on the books and WALLS WORK.

Apparently, they work a little too well for Joe Biden and his fraudulent regime. Large sections of the wall have been removed along a highly trafficked drug route in southern Arizona, making it much easier for illegal crossers and smugglers to make their way across undetected – especially at night.

Your tax dollars at work in #BidensAmerica