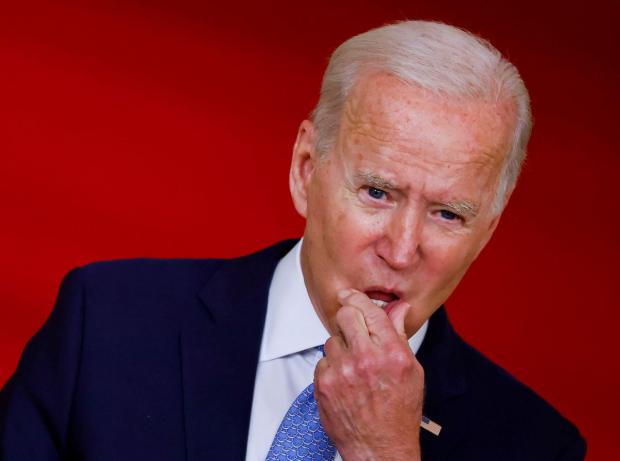 In fact, as you will see below, Americans have been getting even angrier.  Needless to say, the stunt that Joe Biden pulled last week is certainly not helping matters.  When he visited Boise on Monday, enormous crowds of extremely angry protesters were waiting for him.  And everywhere I go on social media this week, I am seeing huge explosions of anger.  What in the world is our country going to look like if all of this anger continues to grow?

Normally, it is either one side of the political spectrum or the other that is angry at any given time.

But here in September 2021, both sides of the political spectrum are very angry.  Just check out these stunning numbers from a brand new CNN poll…

A new CNN poll finds that 74% of U.S. adults now say they are "very or somewhat angry" about the way things are going in the U.S. today — that includes 88% of Republicans, 70% of independents and even 67% of Democrats. But wait, there's more.

Another 69% of U.S. adults now say that things are going "pretty or very badly" in the country these days — that includes 91% of Republicans, 72% of independents and 49% of Democrats.

Those numbers are crazy.  Just a few months ago, there was so much optimism, but now the mood of the nation has completely shifted.

Surprisingly, that same CNN poll asked a question about illegal immigration, and it found that even most Democrats are concerned about "the movement of undocumented immigrants"…

And by the way, illegal immigration is still a concern for many in this nation. The CNN survey also found that 77% of U.S. adults say that it is important that the federal government "stops the movement of undocumented immigrants into the United States." And the partisan breakdown: 95% of Republicans, 76% of independents and 52% of Democrats agreed.

Ever since Joe Biden entered the White House, giant throngs of people have been surging to our southern border, and this has created an unprecedented immigration crisis.

Navy declares ALL sailors who resist taking COVID-19 vaccine will be discharged no...

US Coal "Roars Back" Under Biden Unlike Trump