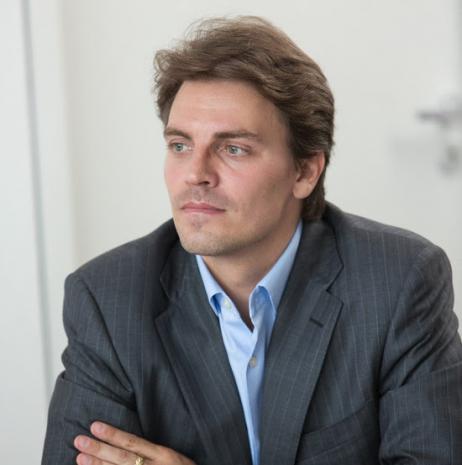 Alexey Komov is prominent Russian Christian social activist who has been a ceaseless advocate of Russian and American Christians working together on their many shared beliefs on social issues. He has been instrumental in starting a large Christian TV channel in Russia (Tsargrad). Together with his wife, he founded a major national Russian company to translate and publish best-of-class American Christian homeschooling materials in Russia, making them affordable to Russia's burgeoning home-schooling movement. He and his wife have four children.

He is a key organizing figure in the World Congress of Families, bringing key Russian and Eastern European participation to this stunningly successful organization. He is also an accomplished documentary filmmaker on socially conservative issues. Here is one he did on the failure of modern education, and how homeschooling is the solution. His wife, Irina Shamolina is featured in the film. Fluent in several languages, he is frequently on the road in Europe and the US networking with Christian conservatives.

Komov's remarkably successful decade of activism has provoked a fit of rage from the globo-homo left. He represents two of the things they hate most, an anti-globalist Russia and resurgent Christianity, and the prospect of of these coming together with American and European Christian conservatives makes their heads explode.

The New York Times speculates that he is a Kremlin agent, pushing an unverified, and most likely fake story that Russia is funneling millions to European right-wingers like Salvini. The rabidly Neocon Daily Beast concurs. The SPLC is obsessed with him. They 'designated' the World Congress of Families a 'Hate Group', and have no less than 17 articles about him on their site. The Clinton's $40 million a year pocket foundation, Think Progress, recently ran a major 3-article 'investigation' into him, portraying him as a sinister Kremlin agent in league with sinister Christian oligarchs trying to subvert the West. Think Progress is likewise obsessed with Komov, agonizing about him in no less than 13 articles over the past two years. Right Wing Watch, which is run by People for the American Way, a far-left political pressure group which gets major funding from George Soros, has no less than 16 articles about Komov.