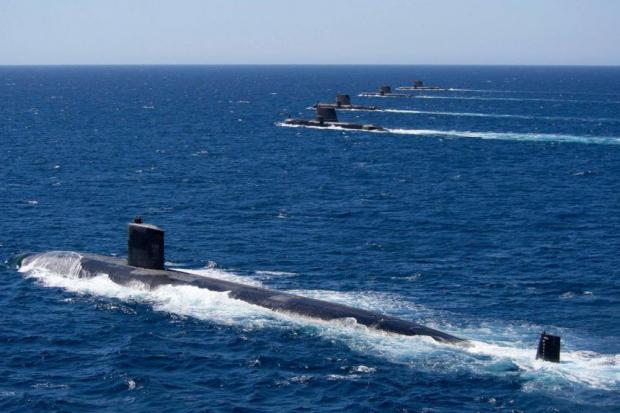 Yesterday the odds of that were "Buckleys". Wow. Foreign readers might not appreciate how seismic this is. There are 450 nuclear power plants in the world and  Australia has none of them (just one little medical research reactor). So even getting a small nuclear plant in an underwater boat is a pretty big deal.

Australia to get nuclear-powered submarines, will scrap $90b program to build French-designed subs

In 2016, the Turnbull government announced French company Naval Group (then known as DCNS) had been selected for this country's largest-ever defence contract, to design and build "regionally superior" conventional submarines.

A well-placed military source has told the ABC the Defence Department's general manager of submarines, Greg Sammut, has called an urgent "clear lower decks" meeting for tomorrow morning to discuss the dramatic development.

Another senior official said "top secret" briefings have been arranged at the Defence Department on Thursday.

Australian Student Has a Chilling Warning for Every American