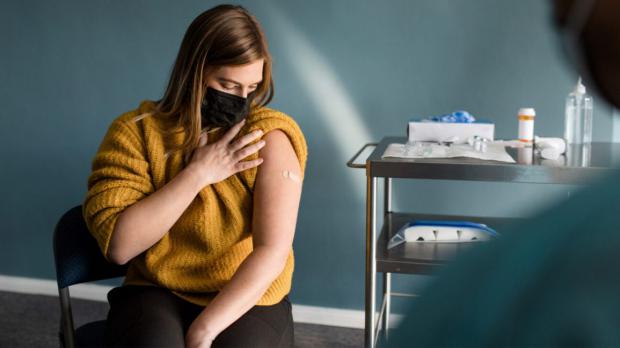 A doctor has called for more studies into whether or not COVID-19 vaccines cause period changes after thousands of women have reported irregular menstrual cycles following the shots.

At least 6,000 women in the U.S. report that their periods have come earlier than usual, felt heavier or just appeared irregular post-vaccination.

Additionally, more than 35,000 women in Britain have complained of suffering irregular periods after being jabbed.

Officials have yet to confirm there is a link between the shots and an irregular cycle, but Male said that the uterus has a lining with a high number of immune cells, which are likely activated by the vaccine and lead to irregular bleeding.

She added that investigating such a link could help prepare women for the possibility of irregular cycles and increase confidence in the shots.

'Vaccine hesitancy among young women is largely driven by false claims that COVID-19 vaccines could harm their chances of future pregnancy,' Male wrote in The BMJ..