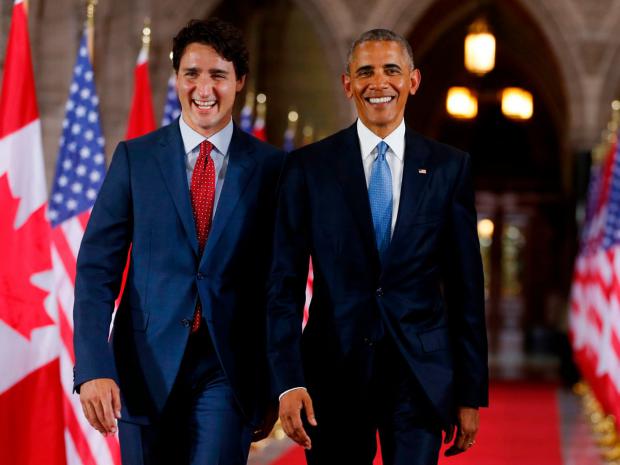 Barack Obama endorsed Justin Trudeau on Thursday as polls show the Canadian prime minister running neck-in-neck in an election that he was widely expected to walk away with.

'Wishing my friend @JustinTrudeau the best in Canada's upcoming election. Justin has been an effective leader and strong voice for democratic values, and I'm proud of the work we did together,' Obama tweeted.

Trudeau, in August, called for the 'snap election' for Sept. 20, putting his leadership before voters two years before a federal election would be required by law.

Many saw him betting that his handling of Canada's COVID crisis would give him a leg up in winning another term. But he has come under fire for calling the election as cases rise due to the Delta variant.

And polls show Trudeau's Liberals in a dead heat with Erin O'Toole's Conservatives as the election enters its crucial final week.

Obama also endorsed Trudeau in his last contest, making it the second election in a row he has backed the prime minister.

The Conservatives and Liberals are locked in a dead heat at 31.2% to 30.5% of the vote less than a week from election day, according to the latest Nanos poll. The left leaning New Democrats have 21.4%.

Insiders blame what they call an initially low-energy campaign and the inevitable political baggage that Trudeau, 49, has accumulated since he took office six years ago promising 'sunny ways.'

I remember when Silver.... (Chart)