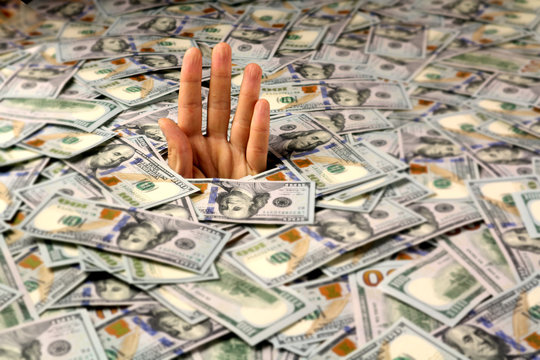 Year on year, the CPI was up 5.3%. Core inflation, stripping out more volatile food and energy (for those of you who don't eat or use energy) was up 0.1%. Core inflation is up 4% on the year.

In his podcast, Peter Schiff took a deeper dive into the numbers and explained why this doesn't prove inflation is "transitory." He also drilled down to the root cause of rising prices – too much money chasing not enough stuff. Given the current monetary policy, that doesn't appear set to change anytime soon.

Focusing on the headline number of 0.3%, a lot of people were relieved because we finally got a cooler than expected inflation read. In the minds of many, it also validated the Federal Reserve's narrative that inflation is "transitory." But as Peter put it, "One month does not transitory make."

First of all, 0.3% in one month, in-and-of-itself, is still a lot of pricing pressure. Because if you annualize 0.3, well, that's almost 4% per year. So, if we got this 'good number' 12 months in a row, that's a 4% gain in consumer prices, which is almost double what the Fed claims it wants, which is a rate slightly above 2%. Well, 4% isn't slightly above 2%. It's almost double 2%. So, this is not a great number in-and-of-itself."

You also have to put the August number in context. If you annualize the year-to-date increase in the first 8 months of 2021, the CPI would come in at 6.3%. That's more than triple the Fed target.

I don't see how getting a slight amount of relief in that the number wasn't as bad as it could have been for one lone month — I would not get excited and prematurely write an obituary for inflation."

Peter noted that the CPI drastically understates rental costs. The increase in "owner's equivalent rent" was just 0.2%, and yet private sector reports show double-digit increases in rents across the country in 2021. Meanwhile, home prices are up some 20%.