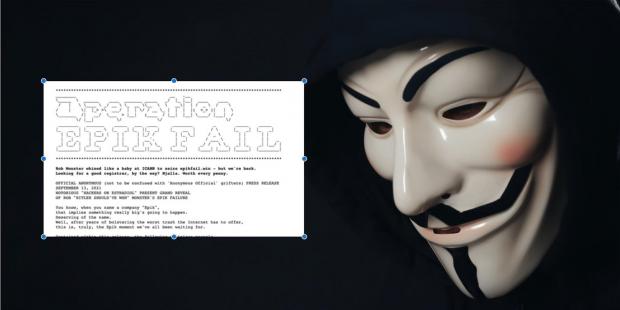 A large-scale breach of the domain registrar and web hosting company Epik has exposed a massive trove of data, including the names of individuals behind some of the far-right's most notorious websites.

The data, as first reported by independent journalist Steven Monacelli on Monday, was released as a torrent this week by the hacking collective Anonymous.

In a press release on the hack, dubbed Operation EPIK FAIL, Anonymous claimed that it was able to obtain "a decade's worth" of information, including domain registrations and transfers, account credentials, and emails from an Epik employee.

"This dataset is all that's needed to trace actual ownership and management of the fascist side of the internet that has eluded researchers, activists, and, well, just about everybody," the release alleges.

A compressed version of the torrent was later released by the journalist collective DDoSecrets, which plans to upload and host the data for reporters and researchers.

Epik's customers include social media sites such as Parler and Gab as well as far-right forums like TheDonald. A pro-life website that urged Texas residents to report women seeking abortions to the authorities in the wake of the state's abortion ruling was also temporarily a customer of Epik.