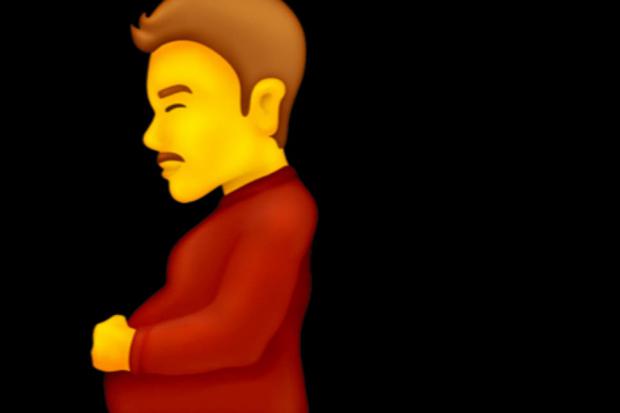 Two new emoji – 'pregnant man' and a gender neutral 'pregnant person' – are among those coming to smartphones later this year, it has been confirmed.

The Unicode Consortium, the central bank of all approved emoji, has officially signed off candidates for the next emoji release, version 14.0.

The pregnant man and pregnant person recognise that 'pregnancy is possible for some transgender men and non-binary people', Emojipedia, a voting member of the Unicode Consortium says.

Men get pregnant in both real life and in fiction, Emojipedia claims, like Arnold Schwarzenegger in the 1994 film 'Junior'.

Guidelines to use the term 'pregnant person' instead of 'pregnant woman' – as issued by the British Medical Association in 2017, in an attempt to recognise trans and non-binary people – were at the time called 'an insult to women'.

Now, emoji users have flocked to Twitter to share their displeasure of the new 'gender inclusive' emoji.

Twitter user @doggerinos said: 'I could probably count on one hand the number of people who asked for a pregnant man emoji.

'I'm not trying to hate on trans people or anything, I'm just wondering who tf is gonna use that?!'

Another user, @libertythot_, called the emoji and everyone who uses it 'stupid'.

Meanwhile, @ErnstRoets said: 'Someone told me they're making an emoji of a pregnant man. I thought it was a joke, only to discover that it really is to be released soon.'

'We've been fueling this fire for a long time':