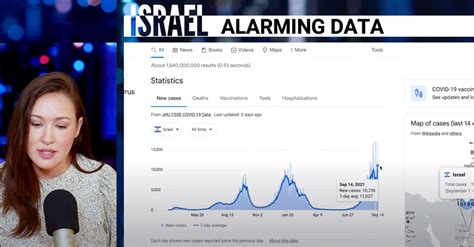 Political talk show host Kim Iversen, who has been closely following COVID vaccine data in multiple countries, walks viewers through the data from Israel suggesting the vaccines are failing. 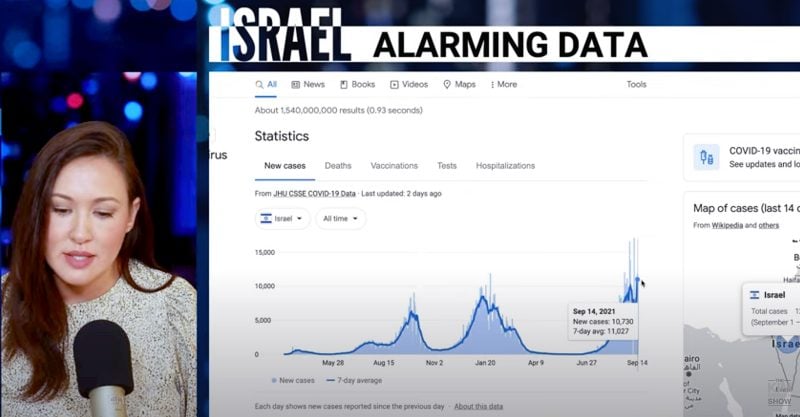 The Defender is experiencing censorship on many social channels. Be sure to stay in touch with the news that matters by subscribing to our top news of the day. It's free.

Iversen reminded viewers that Israel was nearly fully vaccinated by February, after striking a deal with Pfizer to make its citizens "essentially … a giant study group."

"They have very high vaccination rates in the country," Iversen said. "Kids are still not vaccinated. There are some super ultra-Orthodox holdouts, but otherwise everybody in Israel banded together and they took the Pfizer vaccine — two doses."

But by summer, Iversen said, Israel health officials determined the vaccine had worn off. "They saw skyrocketing numbers of cases, even after they'd hit this so-called herd immunity threshold of 70%."

At first, Iversen said, it looked as though the vaccines might at least be protecting against more severe symptoms, because for the most part, only the unvaccinated were having to be hospitalized.

Iversen has been tracking data in multiple countries besides Israel, including Iceland, Chile, Seychelles, Uruguay and others.

"I have a whole list of countries that I've been monitoring on this," she said. "And it was really clear early on that the vaccine was not stopping the spread, but it did seem to keep people out of the hospital for a period of time."

But then Israel found the vaccine was wearing off — so they told everybody they would need a third, booster shot, "in order to participate in society," Iversen said.

That seemed to work for awhile — but now cases are rising again.