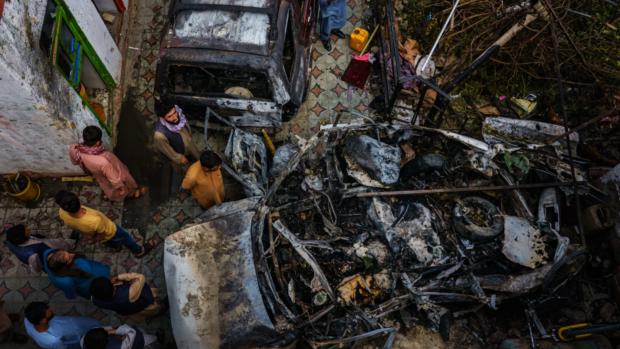 General Kenneth McKenzie, head of the US Central Command, offered "profound condolences" on Friday to the families of 10 people – seven of them children – killed in the August 29 drone strike in Kabul. It was ordered in "earnest belief that it would prevent an imminent threat to our forces," but "it was a mistake and I offer my sincere apology," he said.

McKenzie then did what the Pentagon does best: he put up a powerpoint presentation, explaining how US "intelligence" came to the conclusion that 43-year-old aid worker Zemari Ahmadi going to and from work in his white Toyota was really an Islamic State Khorasan (ISIS-K) terrorist plotting a car-bombing of the Kabul airport.

What he did not do, however, is resign or promise anyone else involved in this atrocity would do the same – or even be reprimanded, counseled, or otherwise disciplined. One might think someone ought to, considering that they killed children.

That's not how the Pentagon works, though. For two weeks, the US military lied about the drone strike, and the corporate press ran with it.

McKenzie's CENTCOM initially claimed that the vehicle was an "imminent threat" to the airport and the ongoing airlift, and that there were no civilian casualties. Then they said there might have been civilian casualties, but blamed that on the supposed secondary explosions.