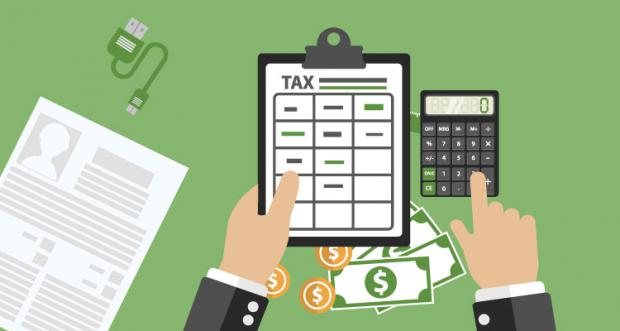 Americans are paying more in taxes than they spend on themselves. Anyone who thinks this is healthy has a profoundly warped sense of right and wrong.

In 2020, according to Terence P. Jeffrey at CNS News, who did the arithmetic using Bureau of Labor Statistics data, American "consumer units" – a BLS term – "spent a net total of $17,211.12 on taxes" sent to Washington, state capitals, and local halls of government. Meanwhile, they spent "only $16,839.89 on food, clothing, health care and entertainment combined."

Apparently the tribute paid to government isn't enough. Americans just have to "give" more. The Biden administration is expecting to extract trillions more from us to pay for government programs it hopes will cement a permanent Democratic majority in Washington. We're told that the agenda will be paid for by hiking taxes on the rich, but the reality is, "in the end, average Americans, not the rich," will have to "pick up the tab."

A few on the left who are more honest about the plans and the worldview that informs those schemes will make the claim that every penny earned belongs to government, and we're allowed to keep some of it for ourselves because government is a kind and charitable institution. Americans are certainly free to hold that opinion. But not one of them has the moral right to put such a perverted idea into practice.

Yet it happens every day. Politicians, not all but enough to engage in large-scale racketeering, believe the dollars they rob without a conscience from Americans belong to them.

It's discouraging that the majority of lawmakers in this country don't have the same understanding of taxation that 19th century French economist Frederic Bastiat did. He called it "legal plunder."

What's Next For Washington: $2.5 Trillion In Spending, Higher Taxes And More