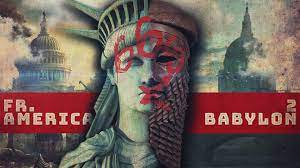 There is nothing new under the sun as the saying goes. The Deep State tried to make H1N1 vaccines mandatory, but the effort was turned back through repeated exposure by the alt media. In the meantime, the globalists went back to the drawing board and they now have new and improved means to depopulate America. However, it is not just America that is being depopulated. Consider the following stories of Bill Gates experiments designed to siliently kill people who were foolish enough to take his vaccines in remote locations around the world. The damnation coming to America is not just in the physical realm, but in the spiritual as well.

In 2009, the leaders the Khammam district in Andhra Pradesh were gathered together and told they would be receiving generalized healthcare shots. Although the globalists, especially the infamous Gates foundation has the wealth to give these tribes access to clean water, sanitation services, jobs, etc., these globalist monsters instead pushed the tribal leaders to force their children to accept the Merck manufactured HPV vaccines while ironically calling them "well-being" shots. The shot these young girls received 3 doses of what was an HPV vaccine manufactured by Merck and the children were lined up and injected like a mass execution at a FEMA camp. The "experiment' was clearly designed to see how many injections it would take to kill how many people and another benefit was not even mentioned in the post-analysis, how many were permanently sterlized?

Editor's note: Three doses, does that sound familiar? The entire nation of America is facing the the real possibility of being subjected to not just 3 vaccines, but rather receiving mandatory covid booster jabs every 6 months, for as long as the subject survives.

The Specter of One World Government Looms Large