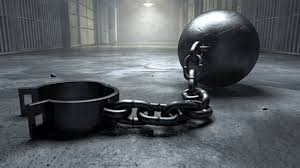 Biden's legal advisers probably informed him that the federal government is without authority to compel individuals directly to receive vaccinations, and if it were, the compulsion would need to come from Congress — which writes the laws — not from the president, who enforces them.

But the same advisers no doubt told the president that the feds are possessed of authority to tell employers whose businesses affect interstate commerce how to run their businesses. For a government that can't pay its own bills without borrowing $2 trillion a year, can't comply with the regulations it imposes on the rest of us, and can't follow the Constitution its officers have sworn to uphold, it is a sick joke that it can second-guess management of private businesses.

By using private businesses to enforce his dictates, is the president doing indirectly what the Constitution prohibits the federal government from doing directly?

The federal government is one of limited powers — limited to what the Constitution delegates to it. One might not know this if one has not engaged in serious study of the Constitution and the history of its tortuous treatment by Congress and the Supreme Court, as it appears today that nearly everything is regulated by the feds.