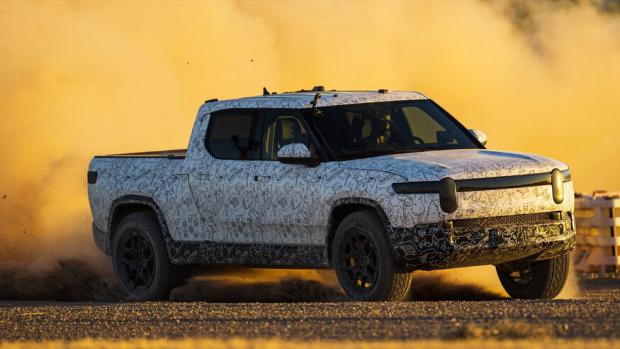 No matter what the conditions, electric trucks like the Rivian R1T are simply better-equipped to leave the pavement and tough it out. MotorTrend says after driving the R1T (and Ram TRX) off-road, it "will be difficult to return to conventional gasoline vehicles for overland adventures."

The publication also makes it clear that they're not shocked by such findings, and you shouldn't be either – unless you're unaware of what makes a vehicle proficient for off-road travel. Off-roading begs for loads of torque, four- or all-wheel drive, potent acceleration, high ground clearance, and on and on.

MotorTrend traversed the Trans-America trail in the Rivian R1T, though it also took along a Ram TRX as a support vehicle. This gave the publication grounds for comparison. MotorTrend admits that prior to the trip it would have picked the TRX for such a difficult excursion due in part to its beefy V8, traditional four-wheel drive, "two-speed transfer case, locking differentials, and a trick adaptive suspension."

That said, after leaving the pavement in both trucks, it became abundantly clear that electric pickup trucks are best for off-road travel. In fact, the author says he doesn't think he will ever "find the same enjoyment that I once did in off-roading a traditional gasoline-powered vehicle."

The R1T boasts four independent electric motors, one for each wheel. It cranks out 835 horsepower and 908 pound-feet of torque. MotorTrend writes:

"With electric motors making peak torque at 0 rpm (versus at 4,800 rpm for the Ram's technically-not-a-Hellcat V-8), each motor drives each wheel directly through what's effectively a one-speed automatic. This negates the need for a typical four-wheel-drive system."