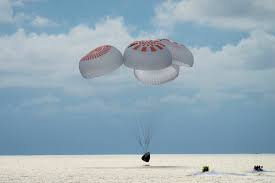 Welcome to Edition 4.17 of the Rocket Report! After the successful conclusion of the Inspiration4 mission this past weekend, we can now look ahead to some significant launches in the days ahead. First up is NASA's Landsat 9 mission on an Atlas V rocket. And in a little less than two weeks, Russia launches a film crew on a Soyuz vehicle to make a movie in space.

As always, we welcome reader submissions, and if you don't want to miss an issue, please subscribe using the box below (the form will not appear on AMP-enabled versions of the site). Each report will include information on small-, medium-, and heavy-lift rockets as well as a quick look ahead at the next three launches on the calendar.

Astra licenses rocket engines from Firefly. Astra, the small launch company that recently went public, has signed a roughly $30 million deal for the rights to manufacture Firefly Aerospace's Reaver rocket engines in-house, the Verge reports. Under the deal, which closed earlier this year, Firefly will send up to 50 of its Reaver rocket engines to Astra's rocket factory in Alameda, California, where a development engine was already delivered in late spring for roughly a half-million dollars.

From five engines to two ... Astra engineers have been picking apart the engine for detailed inspection, said a person familiar with the terms, who, like others involved in the deal, declined to speak on the record because of a strict non-disclosure agreement. Fusing Firefly's engines with Astra's own rocket technology would help Astra reach its publicly stated "500 kg to 500 km" goal. The company's current rocket—simply called Rocket—has yet to reach orbit after three attempts. This rocket uses five of Astra's Delphin engines and is designed to lift up to 150 kg to low Earth orbit. A new version using two Firefly Reaver engines could lift 500 kg. (submitted by Rendgrish, EllPeaTea, and Ken the Bin)

Blue Origin will launch William Shatner into space today! Here's how to watch it live.