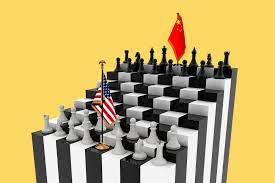 The founder of modern geopolitical theory, Halford Mackinder, had something to say about this in his last paper, written for the Council on Foreign Relations in 1943. Mackinder anticipated this development, though the actors and their roles at that time were different. In particular, he foresaw the economic emergence of China and India and the importance of the Pacific region.

This article discusses the current situation in Mackinder's context, taking in the consequences of green energy, the importance of trade in the Pacific region, and China's current deflationary strategy relative to that of declining western powers aggressively pursuing asset inflation.

There is little doubt that the world is rebalancing as Mackinder described nearly eighty years ago. To appreciate it we must look beyond the West's current economic and monetary difficulties and the loss of its hegemony over Asia, and particularly note the improving conditions of the Asia's most populous nations.

Insider Trading… Why Politicians Can Do it and You Can't