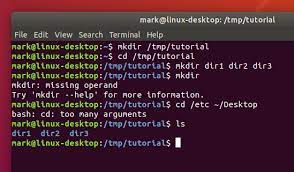 On most Linux computers, you have the option to open a window and type commands that tell your machine to do things. Sometimes, as your computer is booting up or if something crashes, this text-based interface occupies your entire screen.

This is the Linux command line. It's older than the various desktop interfaces, but there's a reason it's still around and widely used. Many people swear by it.

A Brief History of the Command Line

The interface you use to view and interact with an operating system, whether text-based or graphical, is known as a shell. The first shells were text-based. This is because the earliest electronic computers were not household devices. Instead, they were giant mainframes that occupied entire rooms.

Back then, computing power was pretty low and network connections were slow. You can store very many files, and many users can sign into a system simultaneously over a very slow connection when you're only working with text.