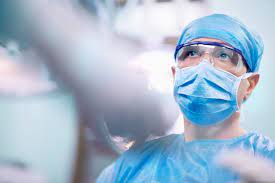 It's an all-too-common story. A teen I know currently has COVID-19 and is fairly sick. After an emergency-room examination yesterday, he was released from the hospital and he and his mother were simply told, "There's no treatment protocol for COVID."

Actually, there are effective treatments for COVID.

But they're not officially sanctioned treatments — hence are doctors, hamstrung by labyrinthine regulations, refusing to administer them for fear of career destruction. In other words, bureaucracy is killing people on a massive scale.

The details of this story were recently revealed by a retired physician who provides a depressing, and seldom-heard, peek behind the curtain.

Writing at American Thinker last week, Dr. Ted Noel explained "why most practicing physicians go along with the Fauci Fraud," as he put it. Noel, a retired anesthesiologist/intensivist who spent 36 years in his field, first points out that agencies such as the Centers for Disease Control (CDC) and National Institutes of Health aren't first and foremost concerned about disease control and health. Rather, aside from being politicized as government entities will be, they're gravely preoccupied with guarding their turf. They thus aren't receptive to ideas originating beyond their walls — even though the wider scientific world has many thousands more researchers, and many more brilliant minds, than these agencies do. "Mount Olympus cannot be threatened," Noel writes.