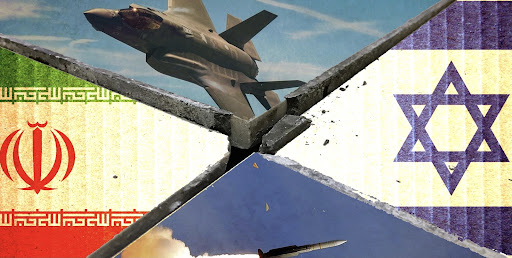 A foreign ministry spokesmen told the major Israeli national Hebrew-language daily newspaper Maariv that "Israel has carried out attacks that were intended to destroy our nuclear program for peaceful purposes." Saeed Khatibzadeh declared "the war with Israel has already begun" - in an ominous message intended as a warning to the Israeli public and leadership.

The spokesman added that Israel "has murdered nuclear scientists and harmed the Iranian people. Iran is blamed for terrorism, but there is no good or bad terrorist. The entire crisis in the region is the fault of Israel."

Rare or unlikely as it is for a top Iranian official to speak to Israeli publication, it's the closest Tehran has come in years to direct communication with Israeli entities. It's a sign that the two countries are truly on the brink of direct conflict.

"Israel severely harmed our civilian and research system," he described. "They speak about the Iranian nuclear threat, but Israel has hundreds of bombs, and it never signed the non-proliferation treaty for nuclear weapons."

He's no doubt referencing the prior Natanz nuclear facility sabotage attack - now widely believed an act of covert espionage by Israel (likely via cyberattack) - as well as the brazen assassination outside of Tehran of top nuclear scientist Mohsen Fakhrizade by a "remote controlled gun". There's also the near weekly Israeli attacks on Syria, which Tel Aviv says is part of campaign to disrupt Iranian and Hezbollah operations there.

In the interview Khatibzadeh also alleged that the United States too is still waging a campaign of "soft terror" through far-reaching sanctions. He said that the Iranian people are even prevented from obtaining crucial life-saving medicines through Washington sanctions. By design the US-led sanctions also pressure and punish any nation wishing to transfer goods into Iran, including European Union countries which have long taken are more sympathetic stance to the Iranians' plight.

Just in the past week there's been more possible attacks on Iranian military sites...