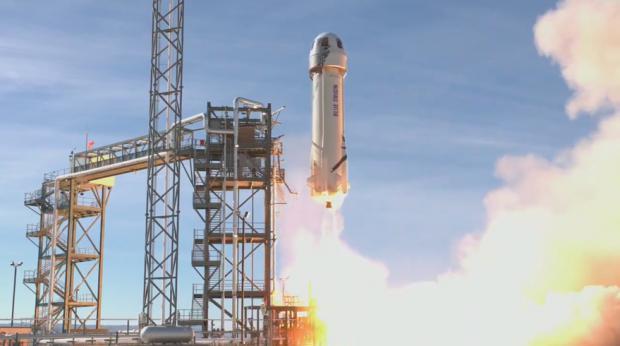 The Federal Aviation Administration (FAA) is now considering concerns related to vehicle safety that were raised in a detailed essay published by the Lioness on Thursday (Sept. 30). In the essay, 21 past and current Blue Origin employees, all but one of them remaining anonymous, raise a string of concerns about the company's culture, including allegations of sexism, corporate suppression of dissent, disdain for sustainability and a habit of prioritizing schedules above safety when it comes to New Shepard.

"The FAA takes every safety allegation seriously, and the agency is reviewing the information," an agency spokesperson told Space.com in an email.

The allegations come about two months after Blue Origin's founder, Amazon's Jeff Bezos, rode his company's suborbital launch system on an exultant 10-minute long flight, the vehicle's first ever crewed mission — and just days after the company announced that its next crewed mission would launch on Oct. 12.

At the time, the company also identified two of the four passengers on the Oct. 12 flight: Chris Boshuizen, a co-founder of Earth-observation company Planet, and Glen de Vries, who is vice chair for life sciences and healthcare at a French software company. De Vries told The New York Times that he was not concerned about safety on the upcoming flight.

"I am confident in Blue Origin's safety program, spacecraft, and track record, and certainly wouldn't be flying with them if I wasn't," he told The New York Times. "I've been to the launch site, met people at every level of the company, and everything I've seen was indicative of a great team and culture."

In a statement, the company rejected the allegations aired in the Lioness piece. "Blue Origin has no tolerance for discrimination or harassment of any kind," a company spokesperson told Space.com by email. "We provide numerous avenues for employees, including a 24/7 anonymous hotline, and will promptly investigate any new claims of misconduct. We stand by our safety record and believe that New Shepard is the safest space vehicle ever designed or built."